The One Wholesome World Book 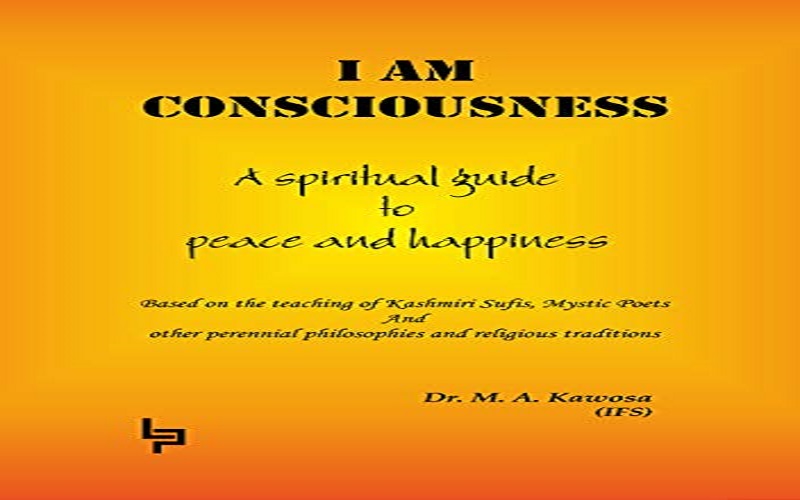 It is a book that needs to be read, and re-read, many times over.

When I first came across the book, I am Consciousness – A Spiritual Guide to Peace and Happiness I recall telling myself that the author, Dr. M. A. Kawosa, in writing the book, has undertaken a formidable exercise. Not only because the writing of any book is in itself difficult (which it is, even for the most prolific of authors) but because the subject chosen by the writer is so abstruse and subtle, that it calls for a very deep understanding of the spiritual dimensions of our lives, to even attempt to write a book on the matter.

`Dr. Kawosa has, however, undertaken this arduous exercise, of trying to simplify and bring our attention to the very basis of the entirety of Existence, and he deserves to be lauded for the effort. He has also done so with great devotion, writing a tome that is well-researched and which runs into well over three hundred and fifty pages.  Reading the book, it becomes clear that Dr. Kawosa himself is a true seeker in the finest traditions of the Reshi-ver that is Kashmir, and he has – through the grace of his Gurus, as also on account of his own determined quest – delved deeply into the One Truth that pervades the essence of the entire objective world.

The title that he has chosen for the book, ‘I Am Consciousness” also serves as a powerful reminder to seekers across the globe, that when we get to a point where our limited identity is no longer the basis upon which we establish all our worldly interactions and pursuits, we not only attain to brilliant insights about the One Truth, we expand to be that itself! The very same expansion that spontaneously enables those who get enlightened to utter, ‘An’ul Haqq’ (as was exclaimed in ecstasy by the mystic, Mansur Al’ Hajjaj) or ‘Aham Brahmasmi” (as is mentioned in the Brihadaranyak Upanishad).

Before going any further, it needs to be clarified that any and every intellectual discussion on the concept of ‘Consciousness’ – however, detailed and painstakingly put together – will always fall short in conveying what It truly is. A major part of the “problem”, if we can call it that, lies within our “brain-wiring” as humans. The “capacity” of our minds is so tiny and minuscule in comparison with the infinitude and the mind-transcendent nature of the all-pervading Consciousness, that to even comprehend its dimensions – without our minds being completely kept out of the equation – is well-nigh impossible for most of us. Many liken this conundrum to the metaphor of tasting an unusual food for the first time. While the person who has tasted a rare food – say a dab of wasabi with soy sauce, for instance – might make fervent attempts to “explain” the unique taste to others, the intellectual exercise of conveying the ‘real taste’ will always be a pale shadow of the reality of self-experience. None of the others will truly know the taste of wasabi in soy sauce, however hard they might try to understand the words of the knower. Nothing in the realm of human insights can ever replace the instantaneous ‘knowing’ that comes from a direct experience. Consciousness, therefore, is a transcendental concept, and while it may be intellectually coherent, a full comprehension cannot be immediately brought to a level of human cognition; and our limited minds, without consistent efforts supervised and guided by an enlightened seer, cannot fully grasp its Totality.

Another important matter in the spiritual journey of discovering and understanding ‘Consciousness’ that often gets glossed over – but which the author does mention across the different chapters of the book – is the fact that ‘Consciousness’ is the Universal Substratum that pervades the entire objective world. It is unaffected by changes in the objective world and is beyond the causality that is a typical feature of the physical and objective worlds. In that sense, quite rightly, the author indicates that the great Prophets and Seers through the ages have identified This all-pervading Presence as the One that is beyond birth and annihilation and needs nothing to complete or fulfill It. Its ninety-nine names are just tiny glimpses of its Infinite Majesty!

Throughout the book, Dr. Kawosa has referred to the writings, vakhs, and poems of enlightened mystics, seers, and prophets from diverse cultures and thought-streams, to help the readers get a glimpse of what Consciousness is, what its “attributes” are, how to “realize” it, and the many stations and states that “seekers of consciousness” might have to go through in their quest. In this, the author has also extensively quoted a number of renowned and well-loved Kashmiri mystics, such as Shams Faqir, Soch-kral, Lalla-ded Nunde-rishi (Sheikh ul Alam), and Rehman Dar, and elegantly used their poems and wise words to provide a glimpse of what they say about the One Truth. He has also done the same relying on a variety of other texts and holy books as well. The holy Quran, the Shiva Sutras of Vasugupta (that lay the foundations of Kashmir Shaivism) a few Upanishads, and the Ta’o Te Ching are extensively quoted, as also the writings of mystical writers such as Sir Mohammed Iqbal, Rabi’a Basri, and Mevlana Jalaluddin Rumi. This is indeed a helpful way to provide the reader with a multitude of perspectives on the experiences of Consciousness, and on the One Truth; while simultaneously reinforcing the fact that the Truth is always One, and that mystics and knowers from diverse cultures might still use words, ideas and terminology that they are familiar with. It would be erroneous to think that just because someone is describing the same One Experience of Consciousness, using terms that emanate from a certain culture, those words alone are authentic. The diversity of humanity and the fact that all of Life is animated by the same One Consciousness makes it amply clear – as the author also demonstrates – that in experiencing the Truth, we may use words and ideas that resonate with our own culture, but which are intrinsically describing the very same Oneness.

In the first three chapters of the book the author clearly uses insights provided by the writings of many of the mystics he has researched, as well as the holy texts that he has relied upon, to demonstrate that Seekers who are bent upon realizing that ‘They Are Consciousness’ need to work mindfully and systematically to enable the constrictions in their minds to be eliminated. Not only that, alongside with the expansion of one’s mind, seekers also need to expunge dogma and conditioning that can prevent one from experiencing the objective world as it is, binding us ever more deeply into the illusions of causality so prevalent in the world.

The author makes this point across the book as well, and returns more pointedly to this idea in Chapters 7 and 8. In Chapter 7 (Living Consciousness as a Purpose in Life)  the author demonstrates that the expansion of the mind, and underpinning it to noble, humanitarian values, and a love and inclusion of all, are essential to be able to move more purposefully towards a realization of the Truth and Consciousness. I did find the title of the chapter somewhat simplistic, however, because as stated elsewhere in this review, the presumption that one can grasp the infinitude of Consciousness with a puny mind, and then use this “knowledge” to guide one’s worldly life, is a little fanciful. Yes, a deliberate attempt at cleansing the mind of dogma, and eliminating desires, such as greed and lust, are essential for the purification and the expansion of the mind. In that expanded mind-space, if a seeker then goes through a process of silence, meditation, and calm reflection (the processes of which have been explained in Chapter 8) it might yield the experiences that the author describes in Chapter 6 of the book (Stations and States of Consciousness). Yet, as the author himself mentions, this is an exacting journey, and there are no promises.

In many of the mystical verses that the author has quoted, the idea of filling one’s heart with love is a central theme. This, the author emphasizes, is an essential step at expanding the mind, and readying it for a final dissolution of one’s limited identity, through a state that is technically known in Persian as fana, which is suggestive of the annihilation of the false-self resting on the ego. This state is also known amongst seekers across cultures as the state of “dying before one dies” (Rumi), and also indicates the complete termination of the limitations that prevent a remembrance of our true nature. In fact, a mind that is sufficiently expanded and devoid of constrictions, and which fully expresses itself by being loving, compassionate and kind to all, without discrimination, stands a much greater chance of arriving at the final experience of Consciousness, than that of another person, caught up in restrictive conditioning, and belief-systems that prevent a celebration of all life in its extraordinary diversity and character.

I would recommend the book to all those who wish to go deeper into the One Spiritual Truth that ALL mystics and enlightened seers – both men and women – have experienced and then written or spoken about. I would especially urge all Kashmiris to read the book because Dr. Kawosa – by quoting many well-known Kashmiri seers – is gently reminding us of our extraordinary Kashmiri heritage and legacy of being seekers. In Kashmir, people from all walks of life – whether rich or poor, urban or rural – have sought to experience Consciousness, and have not taken anyone’s word for it is. Instead, they have relied on their own experiences; and then – out of compassion – have shared their insights with many others, enabling the people of Kashmir – throughout history – to tide over difficult and sometimes dark times, with a spring in their steps, and a smile on their faces. This is the Spirit that this well-researched book will help us to rekindle.

The book though is not the kind that one can read fleetingly. It is a book that needs to be read, and re-read many times over. Together with one’s own personal, spiritual practices, the guidance of Enlightened Masters, and the Grace of Almighty Allah, this book just might be able to help us experience the One Consciousness, and allow the nūr, the light of divinity, to shine forth through our words and deeds as well.

Bharat Wakhlu is a seeker, a futurist, an author, a leadership coach, and an international keynote speaker. He is the co-founder of the Foundation for Peace and Compassionate Leadership (fpacl.com), and inspires leaders to work with ethics and values to create a just and wholesome world that works for all. 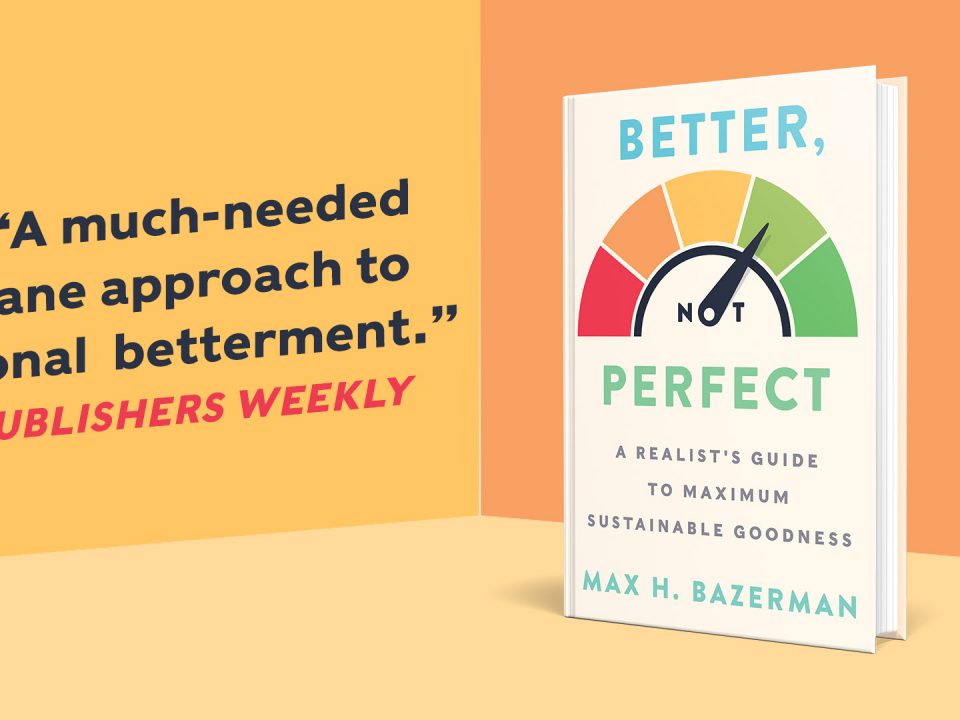